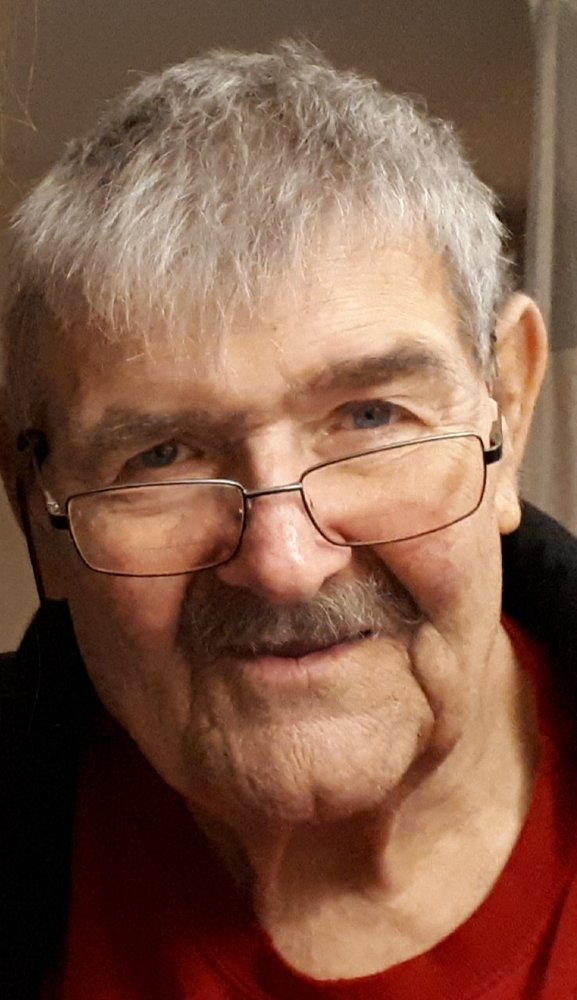 If you have had the honor to meet Ron you can envision his friendly welcoming grin, his “big mit” of a handshake, love for everyone, true compassion, loyalty to all that knew him.  He was very generous, witty, and social.   Even in the last few years of his electric scooter use, he had racked up several hundred kilometers on it.

Ron was always intrigued and asked “what’s going on in the shop today”, referring to his grandson’s auto glass shop.  Ron was very proud of his trade as an Auto Body Mechanic at Ron Clark Motors.  As well as numerous years working alongside his brother in law “Jim Form” as a Boom Truck Operator, Ron was dedicated at the Wyoming Fire Hall for 23 years, even being its Fire Prevention Officer.  His love of music took him to sing with the Bluewater Chordsmen, as his family were all musically inclined.  Ron will be remembered at the  Wyoming Legion for his 49 years, with Saturday night dances, making chili for meat raffles, bartending, and his Executive positions held.  Ron was known for his smooth dancing, polkas, and teaching his daughters by having them step on his size 15 feet.

Ron had a fascination with the “hunt for treasures” at second hand stores.  He loved to travel, especially to Chicago to party with his American family.

Ron was always loved by “Maw” Joyce Spinks and had over 25 years of memories with Diane Farr, the mother of his children.  Ron was blessed to see  his wish to have his daughters together come true.  At Ron’s request, cremation will take place, and a blessing of ashes will take place at a later date at a graveside service.

For those who wish, all are asked to perform an act of kindness in Ron’s memory.  Online condolences may be left at www.forestfuneralhome.com  Funeral arrangements entrusted to DENNING’S OF FOREST

Share Your Memory of
Ronald
Upload Your Memory View All Memories
Be the first to upload a memory!
Share A Memory