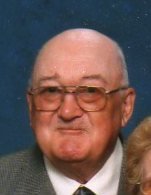 Died peacefully at Bluewater Hospital Sarnia 4 November 2020, after a lengthy battle with cancer at the age of 86. Ron was born 24 Oct 1934 in Hamilton, Ontario to parents James Frederick Silk and Jane Anne Weatherson, who emigrated from Northumberland, England in 1912. Ron's family moved to Vancouver, BC in 1943 where he attended and graduated high school and apprenticed as a carpenter. The family moved back to England in Jul 1952, but Ron preferred life in Canada and sailed back alone that Nov where he worked as a carpenter in Hamilton Kitchener, and Galt. He met his wife Barbara Loreen Sneath in Galt and they were married shortly after on 28 Oct 1955. Ron joined the RCAF in 1961 and was employed within the Construction Engineering field as a Carpenter/ Construction Technician. He had postings to Clinton ON, Winnipeg MB, Moose Jaw SK, Gander NL, and London ON. He was also deployed to Eygpt as a peace keeper in 1974 with the United Nations peacekeeping Force in Cyprus (UNFICYP), to Moscow USSR, and Alert Nunavut. After retiring from the military in 1980 he worked as a Commissionaire for several years at Camp Ipperwash just north of Forest Ontario. Ron was an avid golfer and Royal Canadian Legion lifetime member. He enjoyed reading and could always instigate a heated discussion around issues of the day or politics. While Ron and Barb were living at their Kettle Point cottage, they enjoyed several family get togethers. Over the years Ron kept very busy completely refurbishing the entire cottage until they sold it and moved into the town of Forest. Ron thoroughly enjoyed his daily visits to spend time with friends at Elaina's pub, at the Legion, and buying the group lotto tickets.

Ron was predeceased by his parents James and Annie, and younger sisters Patricia Ann Silk, Dorothy Jane Edith Silk and Audrey May Silk (Kendall). Ron is survived his wife Barb (Sneath) of 65 years, son's Doug Silk of Lake Chapala Mexico, Barry Silk (Sandra) of Moose Jaw SK, Brian (Kathy) of Meridian Idaho, daughter's Carolyn DesChamp (Mike) of London ON, Patti Silk-Barwell (Dave) of Hamilton ON, and Sharon Silk of Forest ON, several grand children and great grand children. In keeping with Ron's wishes cremation has taken place and a private family gathering will take place at a later take. If desired, memorial contributions can be made by cheque to the Forest Legion Poppy Fund.  Arrangements entrusted to Denning's of Forest. Share a memory at www.forestfuneralhome.com

Share Your Memory of
Ronald
Upload Your Memory View All Memories
Be the first to upload a memory!
Share A Memory