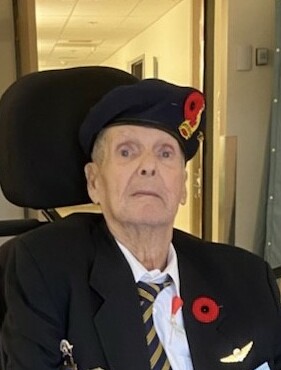 July 5, 1932 - January 20, 2022 Frederick James General, survived by his wife Beulah General, 4 children, 8 Grand Children and 4 Great Grand Children. He grew up in a family as 1 of 7 siblings and now survived by his youngest sister Margaret. He is known by his nieces and nephews as ‘Uncle Freddie’. Fred was a Korean war veteran, meeting his wife and nurse Beulah at Sunnybrook hospital after a war injury. They spent almost 67 adventurous and beautiful years together. As a businessman, he became a store manager at Eaton’s, later packing it in to become a successful Entrepreneur and business owner. Throughout the years he individually owned 2 trailer parks, 2 hotels and finally retired after owning Forest Golf and Country Hotel, Forest, Ontario. Fred and Beulah moved to Cherryhill Village, London, Ontario and he spent his final 3 months at Parkwood Veterans Care where he became very ill with Covid-19, passing away at LHSC on Jan 20, 2022 at the age of 89.  Due to COVID, there will not be a regular funeral.  For those who wish, memorial donations may be made to the Royal Canadian Legion Poppy Fund of Forest Br 176 or to the Royal Canadian Legion in Byron Br 533 (1276 Commissioners Road, West, London, Ontario N6K 1E1) or to the London Health Science Centre Veterans Care program (https://www.sjhc.london.on.ca/ways-to-give/donate-commemorative)

Online condolences may be left at www.forestfuneralhome.com   Funeral arrangements entrusted to DENNING’S OF FOREST

Share Your Memory of
Fred
Upload Your Memory View All Memories
Be the first to upload a memory!
Share A Memory