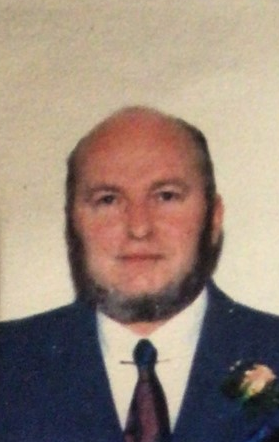 As soon as he was old enough to drive—-(or maybe a little sooner)—Jerry’s favourite mode of transportation was a motorcycle.   He was a member of Lady Luck Riders, then International Christian Bikers and later Christian Motorcyclists Association.  He enjoyed several years of attending biker meetings, rallies, and motorcycle shows in Ontario, Canada, and in Michigan, U.S.A.

Jerry was an excellent E.A.(Educational Assistant) and later, a Custodian during his twenty-five years of employment with the Lambton Kent District School Board.

Jerry battled several years with a heart condition to which he succumbed.

There is a great deal of gratitude that goes out to those family members, close friends, and care givers  who worked very hard at taking care of Jerry through it all.

Many thanks to palliative care at Charlotte Eleanor Englehart Hospital, & to Sarnia St.Joseph’s Hospice.

There will be a private interment at a later date.   Funeral arrangements entrusted to DENNING'S OF FOREST    Condolences may be left at www.forestfuneralhome.com

Jerry loved deeply and is deeply loved.  For those who wish, memorial donations may be made to the charity of one's choice.

Share Your Memory of
Gerald
Upload Your Memory View All Memories
Be the first to upload a memory!
Share A Memory