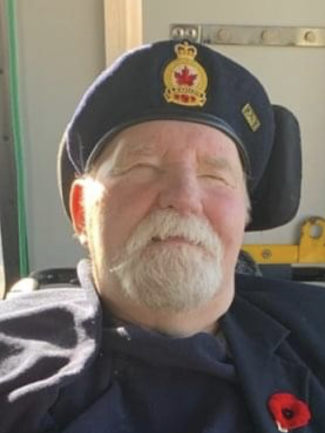 On December 3, 2022, Earl “Weeds/Shaky “Chaffe passed away peacefully at the North Lambton Lodge at the age of 69 years.  Earl is survived by his brother George and Ruth Chaffe of Forest, and Sister Linda and Chuck Matheson, of Napanee.

Earl loved his family, friends and his community.  He was a proud member and past President of the Forest Legion.  He served on the Forest Silver Stick Committee and International Silver Stick committee for many Years.  In his younger years, he was a Past President of Forest Minor Hockey and he coached the Juvenile team for many years.   He proudly coached the Forest Juvenile team to the All-Ontario Championship.   He was also proud to call himself a Muffer and had lots of fun times and shenanigans  with his Muffer family.

His Family would like to thank the North Lambton Lodge for all the Care they provided him, they would also Like to thank Willsie Farm Equipment for the Support they gave Earl.

A Memorial Service will take place at the Forest Legion, 58 Albert Street, Forest, on Sunday, December 18, 2022, at 1:00 pm.   Memorial donations can be made to the Forest Legion or to the North Lambton Lodge Auxiliary.  Online condolences may be left at www.forestfuneralhome.com     Funeral arrangements entrusted to DENNING’S OF FOREST

Share Your Memory of
Earl
Upload Your Memory View All Memories
Be the first to upload a memory!
Share A Memory