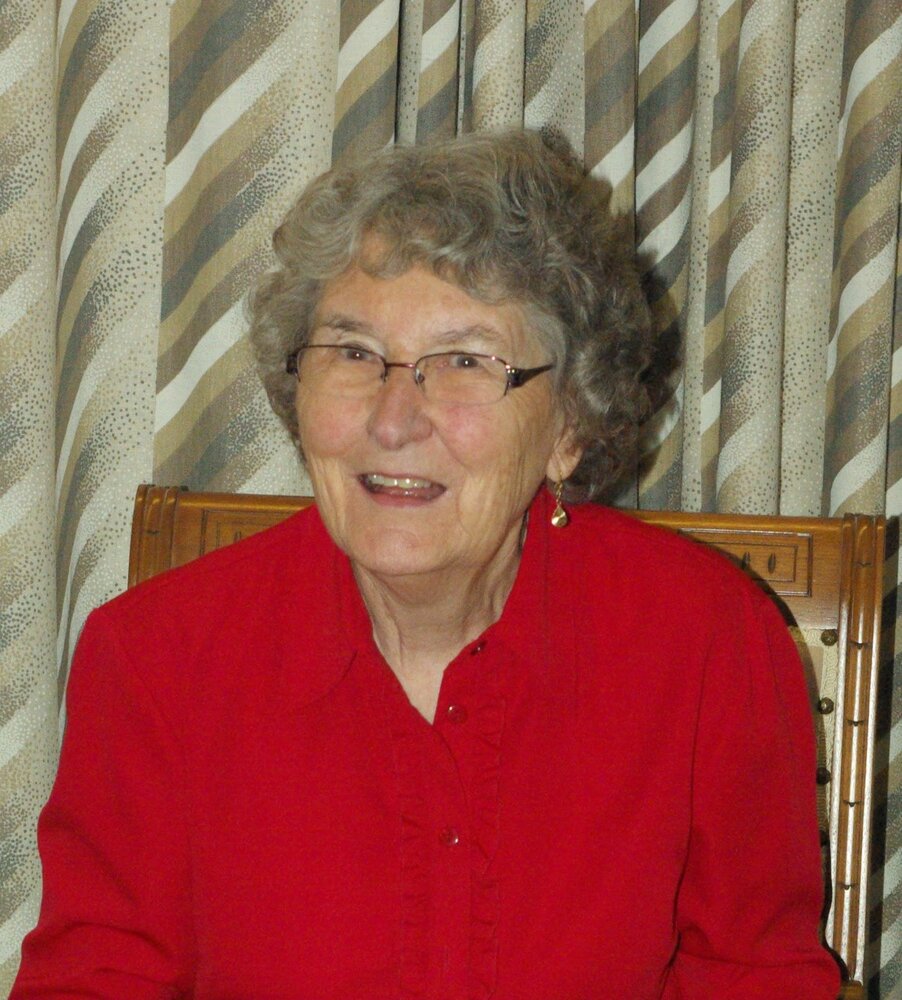 Daphne Jackson Hennessy, passed away peacefully on Monday  January 2, 2023, in her 94th year.

Predeceased by her beloved husband, of 67 years, Michael and her brother Douglas. Survived by her sister- in- law Chante, British Columbia. Proud mother of Wayne, and his wife Diane (Markham), of Fonthill, and Craig, and his wife Trish (Arts), of Egmondville. Loving grandmother of Matthew, Nathan, Gillian, Hannah, Alysha(Joel Wellington) and Jessica(Brad Duhaime). Great grandmother to Findley, Piper and Felix. Special Aunt to many nieces and nephews and their families from Ontario to British Columbia and New Zealand.

Daphne was born and raised in Bournemouth, England where she met and eventually married the love of her life, best friend and soul mate, Michael on July 25, 1953. They were rarely apart for long after that.

Shortly thereafter, they immigrated to Canada on the Queen Mary (the first one), landing first in London, Ontario and then in Ingersoll in 1967. This was the first of many adventures that she and Michael would embark on in their lifetime together.

Ingersoll became their home, where Daphne excelled as a mother, wife, and homemaker, and where she was blessed with a wide range of special friends and acquaintances. She always looked for opportunities as an active volunteer, helping out with things like being a kindergarten reading buddy.

Early on, Daphne and Michael found Hillsborough Beach on Lake Huron, where they purchased a cottage that continues to be the main family focal point to this day. During the summer, she could always be found reading a book on the deck overlooking the lake.

Daphne worked at the Ingersoll Casket Company for several years while raising a family, and as the boys grew up, Daphne and Michael started their next adventure which saw them reside in Abu Dhabi, United Arab Emirates for several years. During their time in the Emirates, they traveled around the world several times, while traveling back and forth to Canada for visits and vacations at the cottage.

After the Emirates they returned to Ingersoll again where Michael decided to try his hand at municipal politics. This culminated with Michael becoming Mayor and Daphne the ‘First Lady’ for 6 years.

Daphne was an accomplished bridge player, as well as a tremendously talented seamstress and quilter. Her family are the proud recipients of personalized handmade Christmas stockings and many beautiful quilts that they will treasure always.

Daphne’s family would like to thank the staff of North Lambton Lodge, in Forest, for the personalized care and kindness shown to her over the last year and in her last few days.

In lieu of flowers, donations to the Alzheimer Society or a charity of your choice would be appreciated.

Online condolences may be left at www.forestfuneralhome.com    Funeral arrangements entrusted to DENNING'S OF FOREST

Share Your Memory of
Daphne
Upload Your Memory View All Memories
Be the first to upload a memory!
Share A Memory