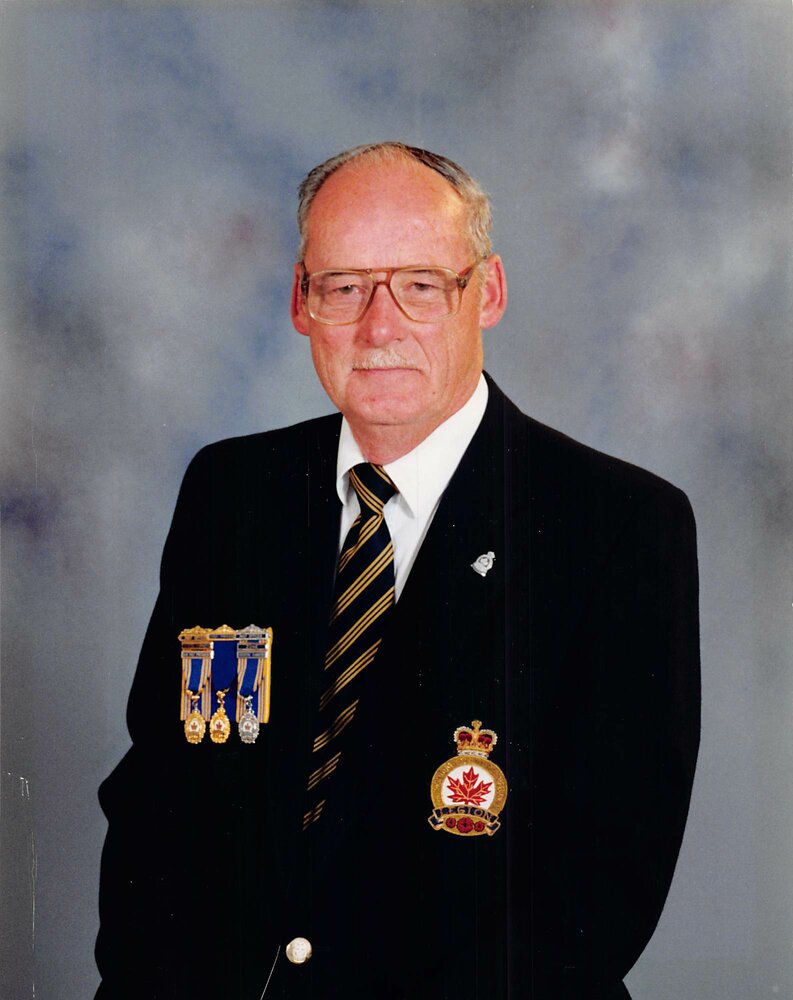 Passed away peacefully at Bluewater Health in Sarnia, with the love of his life, Fran, and family by his side on Tuesday, September 14, 2021, at the age of 84 years.   Survived by his wife Fran, his daughter Cindy Guenette (Daniel), sons David Brotherton (Jill), Blair Brotherton (Sylvie), and daughter Kerry Caines (Roger).   Also survived by his three stepsons Daniel Robert (Lisa), Gilles Robert (Francine), and Denis Robert (Claire).

Brother of Richard Brotherton.   Uncle of Michelle, Shawna, and Heather, and cousin to Gary Munroe (Morgan).    Predeceased by his parents Jean and Charlie Brotherton.

Robert was a Life Member of the Royal Canadian Legion with 65 years of service, and enjoyed giving to the community as a hockey coach, scout master, fire arms instructor, and enjoyed model railroads, and worked for the Spruce Falls Pulp and Paper Mill in Kapuskasing from 1964 to 1992.  He was also a member of the Kapuskasing Rod & Gun Club.

For those who wish, memorial donations to the Kapuskasing Branch # 85 of the Royal Canadian Legion would be appreciated by the family.

Online condolences may be left at www.forestfuneralhome.com   Funeral arrangements entrusted to DENNING’S OF FOREST

Share Your Memory of
Robert
Upload Your Memory View All Memories
Be the first to upload a memory!